URL Filtering Based On URIs on Palo Alto Firewalls

We get some requests such as blocking the base domain and to only allow certain pages on websites based on the URIs — that which comes after the “/” e.g.

You need the URL filtering license to be able to do this.

Initially, I tried it with a single policy which failed, then using two policies you can get the exact filtering.

I am using Daniel Miessler’s blog for demonstration. We will allow /blog, /popular, and /study and block the base hostname.

And these to be allowed with everything being blocked.

Note: open the images in a new tab for larger sizes

Create a custom object URL category of paths to allow

Repeat this for the base domain to be blocked 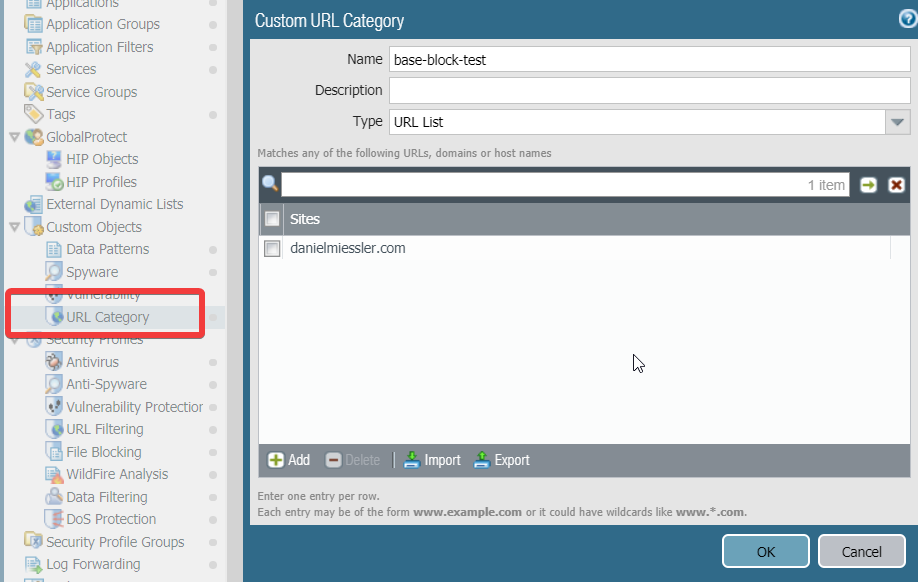 Add them to URL filtering objects and set the proper Actions.

Note the actions, getting them right is the most important here. 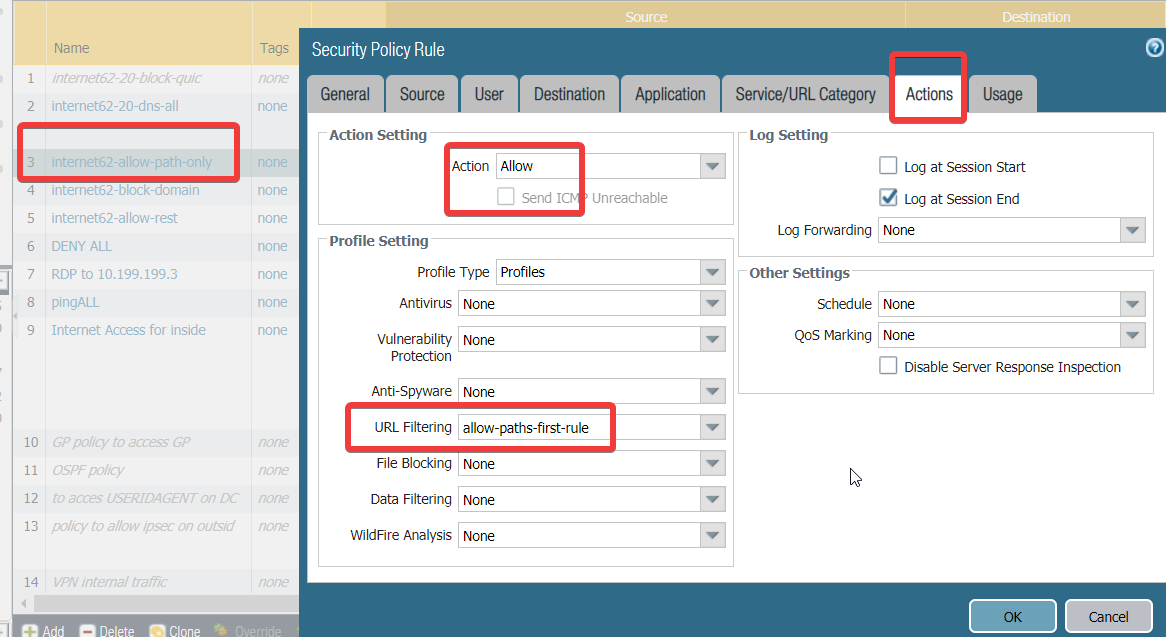 The final policy order with allow rule before the deny one.

And that’s all there is to it folks! You can try other variations of this, I’ll update the post if I come across something.